Spring Cleaning? We stock lots of products to help you! Dismiss

I was at a networking event a while ago and in the course of conversation, I was asked what I did. “I sell structural waterproofing products” I said, which was followed by a puzzled look from my questioner. I then re-phrased my initial statement, “I help people solve damp problems in their house”, “…ah,” said my questioner, “…perhaps you can help me, my mother has spent a small fortune trying to cure a damp problem in her cottage”.

Having listened to all the various solutions builders had supplied, such as masonry paint to the wall, new seals around windows, even a new roof, I suggested that she should consider improving the ventilation. My questioner looked at puzzled, but she listened to my explanation…

“Think of your house as a human body. In the course of living, we breathe out not only carbon dioxide etc. but also moisture. Similarly, our skin releases moisture as we sweat, to keep us cool. This moisture has to go somewhere, and in the case of our bodies, it permeates through our clothes into the atmosphere, and we feel comfortable. However, if for instance we have a waterproof coat on which is not breathable, we soon become uncomfortable, often feeling as damp on the inside as it is on the outside. This phenomena applies to our homes as well as our bodies.

Whatever our activity in the home, whether we are cooking, sleeping or just relaxing, we are introducing moisture into the air, and if we fail to keep it dry enough, eventually condensation will manifest itself somewhere in the house. 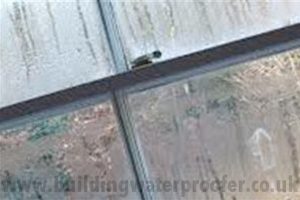 Once moisture is present on the walls, mould growth is not far behind, which leads to poor health and wellbeing of the occupants. 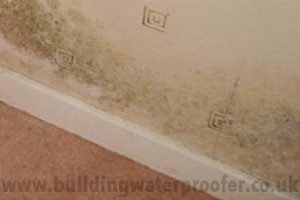 The solution to ventilation problems is often simple. Always check that air bricks and vents are clear and open. 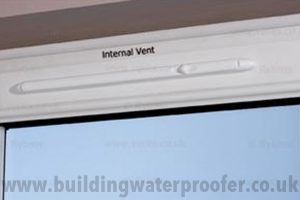 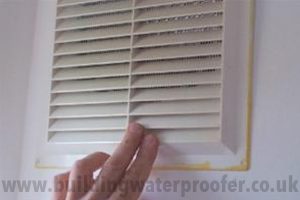 Although the temptation is to close everything up to stop draughts in the course of saving energy, this can be to the detriment of our health.

Going back to my conversation at the networking event, my questioner took on board what I had to say, and 2 months later when we met again, she said that she had put my advice into practice, and the damp problem had been solved.

Not all waterproofing problems can be solved so simply and cheaply, but it is always our first option when talking to a customer, and if that doesn’t seem right then we look at other options.

I had a problem in my villa in Marbella where I have a 220m² terrace set above a four bedroom basement. When it rained I was getting water ingress through the bedroom ceilings in eight different points.

To lift the terrace and relay, I was quoted €22k. I spoke to Abacus who recommended DO-IT-ALL their multi-purpose clear sealer.

I wasn't totally convinced, but gave the terrace two coats during the summer, paying particular attention to the grouting 'cracks'. Since then I haven't had a problem, it was bone dry all last winter and I will continue to apply a coat as a preventative measure every year.

Really does what it says on the tin!